This section includes some random memories from each director’s tenure at the Byron Forest Preserve District. Here are the slightly edited recollections. 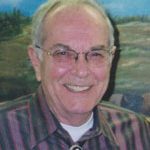 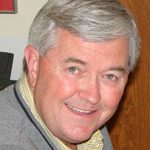 During my tenure at the Forest Preserve, the Board, Staff, and Citizen Volunteers all worked in unison to increase the number of educational programs offered to the public, upgraded the Natural History Museum at the Jarrett Center, expanded the Jarrett Prairie Center, increased the size of the Preschool area, purchased several hundred additional acres for our Prairie, remodeled and reconstructed the PrairieView Golf Club’s clubhouse and golf course, developed the Stone Quarry Recreation Park, completed the Heritage Farm Museum. We were also able to put the District in a sound financial position and were able to keep the tax dollars levied from 1993 – 2008 at approximately the same level. Many Staff, Board Members and Citizen Volunteers played very important roles in these accomplishments over this 14-year period. As always, all of their efforts were and still are very much appreciated as they served our District Citizens. 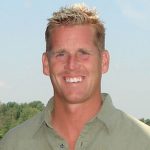 My employment with the District started in 1995 as a 6-month internship where my interest in our natural area systems was greatly expanded. Working in this field ignited quickly into a love and passion for the natural world that once was Illinois prairie and the flora and fauna that called it home. Then, I was hired full-time and allowed to continue to learn more about this field, educate others about the importance of it, and work to restore the natural area communities. I have grown with the District and have been involved with many projects along the way. Some of the most notable have been the Nardi land donation and the Open Land Trust Grant that protected 493 acres of land at very little cost to the tax payers. A portion of this area is now the Stephen and Deirdre Nardi Equine Prairie Preserve and enjoyed by many. The most recent land project was the purchase of 509 acres of oak savanna habitat and potential prairie habitat. I also saw the completion of the District’s LEED (Leadership in Energy and Environmental Design) Certified Keller Education Center. I was also involved in the Jarrett Prairie Center becoming greener with the installation of solar power 5k photovoltaic panels. I have enjoyed many aspects of my job whether it’s identifying a moth for a kid’s school project or writing a grant for new equipment to restore natural areas. I continue to enjoy expanding my knowledge of our environment and serving our patrons while keeping in line with the District’s mission, Preservation, Education, and Recreation.