The Nardi Equine Preserve has 10 miles of scenic trails and is the only preserve that allows horseback riding (bring your own horse).  Contained within are prairie remnants, oak savannas, oak forests, and sandy soil prairie recreations.  If you are looking for a quiet place to relax and take in a scenic view, be sure to make the hike to the top of Rohrssen’s Hill located in the south section of the preserve.  Sit under the old bur oak trees and take in the view, beautiful in every season.  South trails are closed during archery hunting season, mid-October to mid-January.  The entire preserve is closed during firearm and muzzle loader hunting weekends.  In the early spring, several acres on the north side of this preserve offer a stunning display of blue lupine flowers.  this sandy solil prairie is also home to prickly pear cactus one of the few native to Illinois.  Many species of prairie flowers attract butterflies and other pollinators.  Migratory grassland birds, such as Eastern meadowlarks, bobolinks, and Northern harriers, make the Nardi Preserve a seasonal stopover.

At 14 years of age, a close friend, who was two years older, and I convinced our parents that we were capable to hitchhike from Maywood, Illinois to Pasadena, California. We did detailed planning and had $17 each for this cross country experience. We were fortunate for times were quite different in those years and neither of us were the least bit concerned. Today, of course, it may prove to be more of a challenge.

The first leg of the journey was through the good graces of a dispatcher for a Maywood trucking company who allowed us to hitch a ride on a truck destined for Moline, Illinois, from Maywood with deliveries in between. First stop, Rockford, Illinois; then on to Pecatonica, Illinois and on to Moline, Illinois.

During the drive from Rockford to Pecatonica, we passed through Byron on Highway 2 along the Rock River. I recalled the breath-taking view of the Rock River and the land on the opposite side which stayed in my mind all the way to California and back to Maywood, Illinois and a hundred times since. It was amazing for the memory stayed with me through high school, college, the service, adult life and travels to many parts of the world. Although I absorbed it briefly from the cab of a trailer truck, I still recall my “young boy” awe in the beauty at what remained a memory for all these years. To think I was viewing that which became “Fox Chase Farms.”

Years later, when asked to be the Master of “The Oak Brook Hounds, Fox Hunting in Byron,” much to my surprise, it was on the land I was in awe of so many years before as a teenager. Much of the land we hunted on was by permission; however, shortly thereafter, a bank foreclosed on the then ownership on the majority of that which would become “Fox Chase Farms.” I bought it out of foreclosure and proceeded to try to overcome the sins of the previous ownership. Barbed wire was removed from one end to the other. Close to forty truck loads of debris was removed from the land. It was sprayed, burned, and at one point, used as a “test site” during growing season by Woods Mowers to test their new products.

For over 25 years, The Oak Brook Hounds fox hunted the land from late August through September. The enjoyment we celebrated cannot be described until it was decided to retire The Oak Brook Hounds in 2004. I then felt it was only just that we make this wonderful property available forever to those who can appreciate its beauty and respect that which the Almighty has made available to us. The question was: “How could this be accomplished?” After discussions with a series of Conservation Programs, I was fortunate to become acquainted with Todd Tucker of the Byron Forest Preserve. After long discussions with Todd and Forest Preserve, it was decided that we donate the property to the Byron Forest Preserve subject to the following:

This resulted in the Forest Preserve receiving a grant to purchase the adjoining 300 acres and enter into the same Illinois Prairie Grass Program. I am pleased to say, under the direction of Todd Tucker, now Executive Director of the Byron Forest Preserve District, the plans were developed and are progressing very successfully. The prairie grass has matured and is breathtaking year round. I am pleased the Stephen and Deirdre Nardi Equine Prairie is available and will be in perpetuity for all to feast on its beauty as we have for many years in the past. 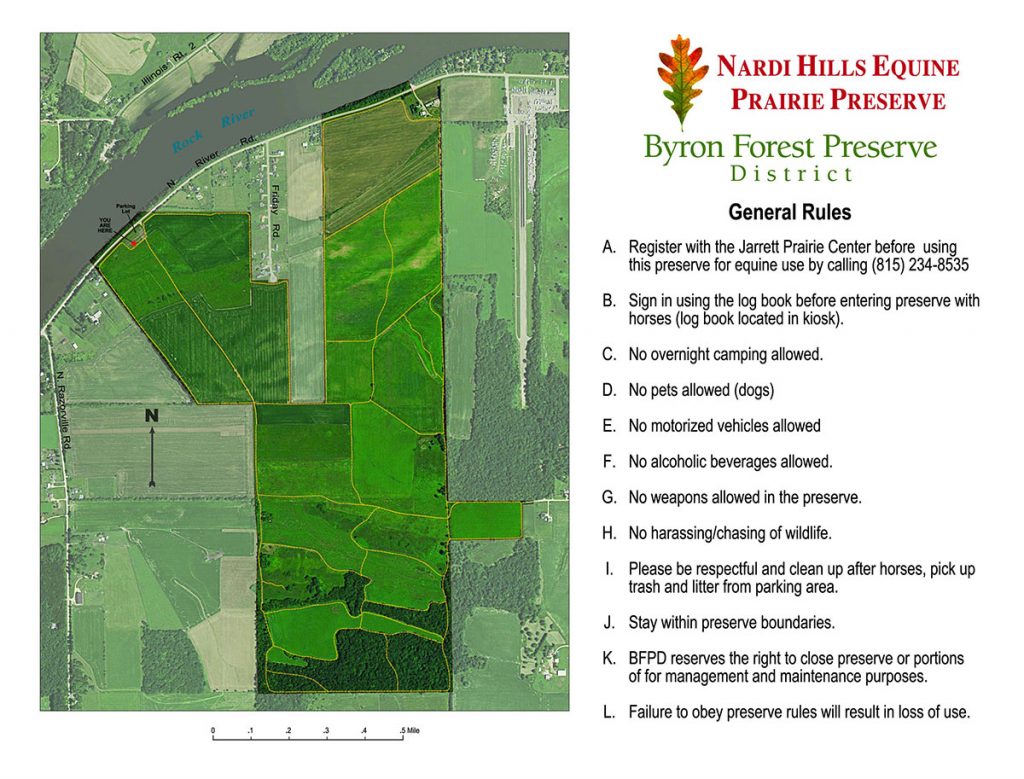 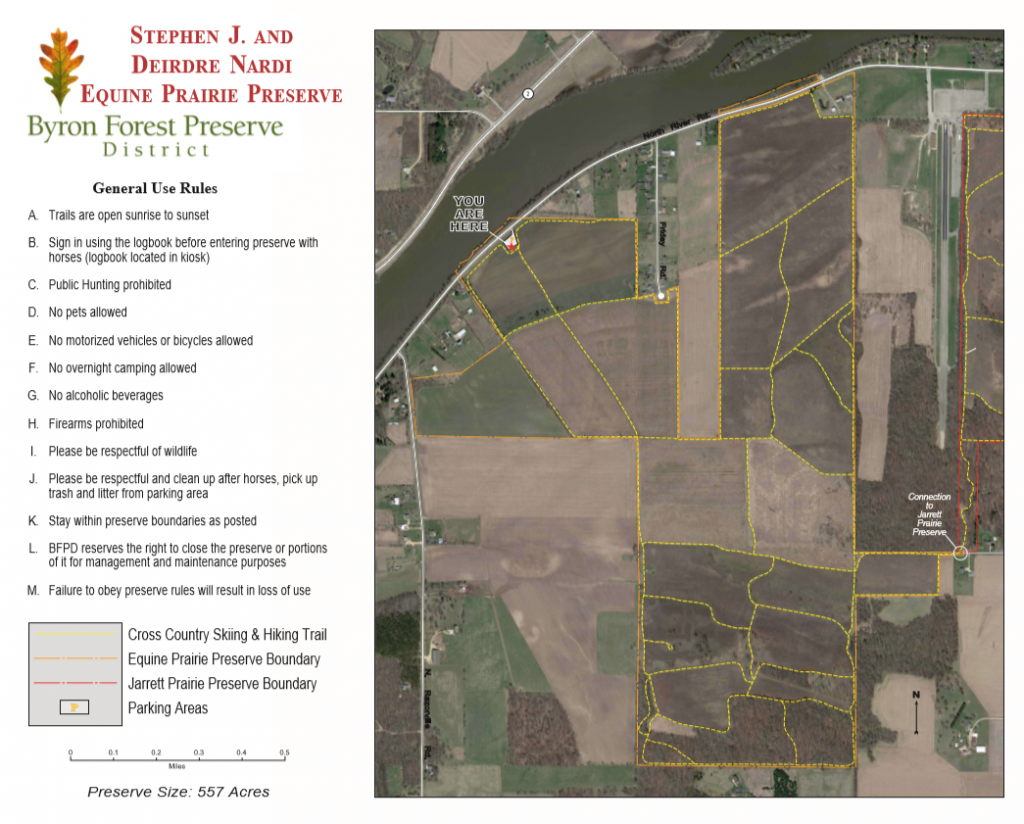